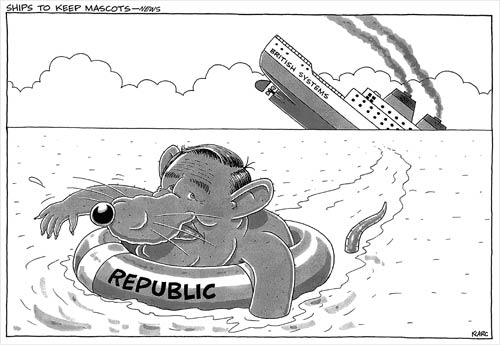 In the mid-1990s the British monarchy was at a low point, and Prime Minister Jim Bolger’s support for a republic prompted comment but no great feeling. In this cartoon, published in 1994, he is portrayed as a rat swimming in an inflated ring marked ‘republic’, leaving the sinking ship British Systems behind him.