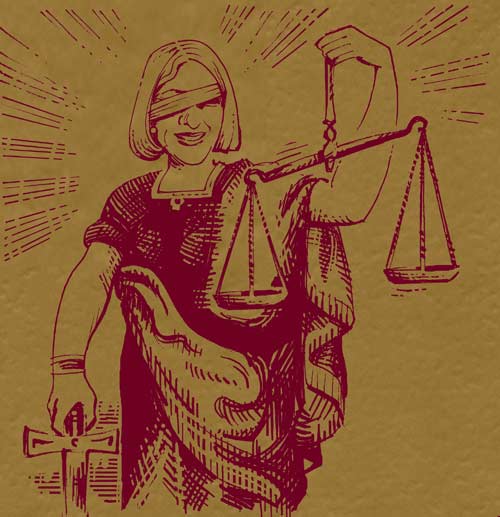 This cartoon, published in a business paper in 2002, is critical of the proposal to end the right of appeal to the Privy Council and establish a New Zealand Supreme Court instead. Margaret Wilson, then attorney general and a supporter of the Supreme Court proposal, is depicted as the female figure of Justice, but she is peeking under her blindfold. Some opponents of the concept of a Supreme Court feared that she would appoint judges for their political views, undermining the independence of the court.