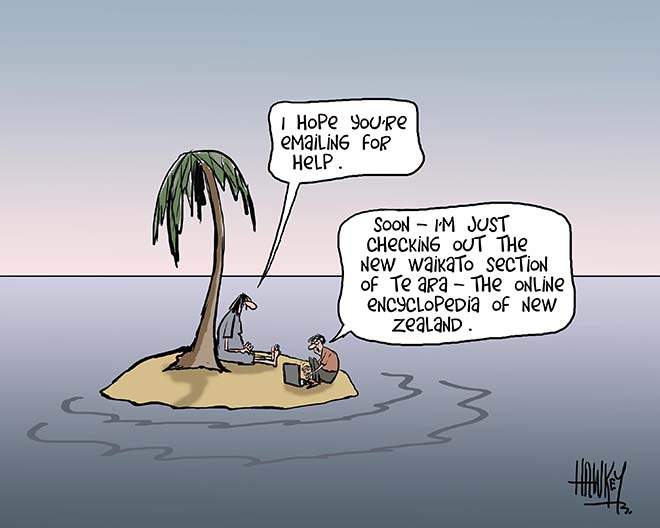 The 'Places' theme of Te Ara – the Encylopedia of New Zealand was developed concurrently with the other nine themes, which were completed sequentially. Overseen by Theme Editor Malcolm McKinnon, the entries looked at 22 major regions of New Zealand. They were much longer than most Te Ara entries, and were divided into two major sections: one on important topics such as Māori and European history, natural environment, transport, economic resources and cultural life, and the other on significant places within the region.  The 'Places' themes were usually launched in the appropriate region, where they often excited local interest and support. When the Waikato entry was launched in May 2010, this cartoon by Allan Hawkey appeared in the Waikato Times.