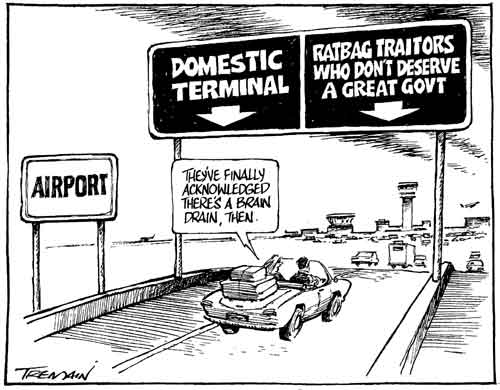 This cartoon by Garrick Tremain was published in 2000. It refers to the number of Kiwis leaving the country. Governments prefer to view this exodus as part of a cyclical pattern of migration rather than as a statement about the pros and cons of living in New Zealand or overseas. In the late 1990s and early 2000s concerns were raised about the number of highly educated New Zealanders who were leaving – a movement known as the ‘brain drain’. However, the country gains as many educated people from other countries as those it loses.