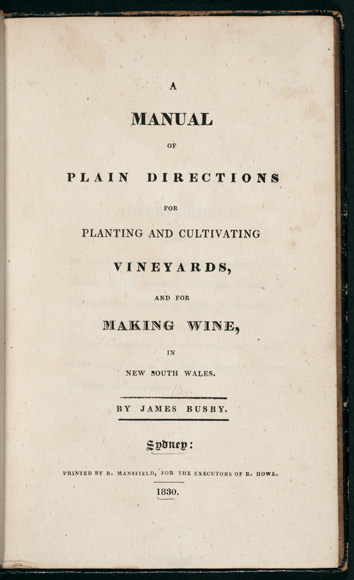 James Busby is best known as the founder of Australia’s wine industry, but he also grew grapes and made wine in New Zealand in the mid-19th century. His viticulture and wine manual, initially written for settlers in New South Wales, was reprinted in New Zealand in 1862.