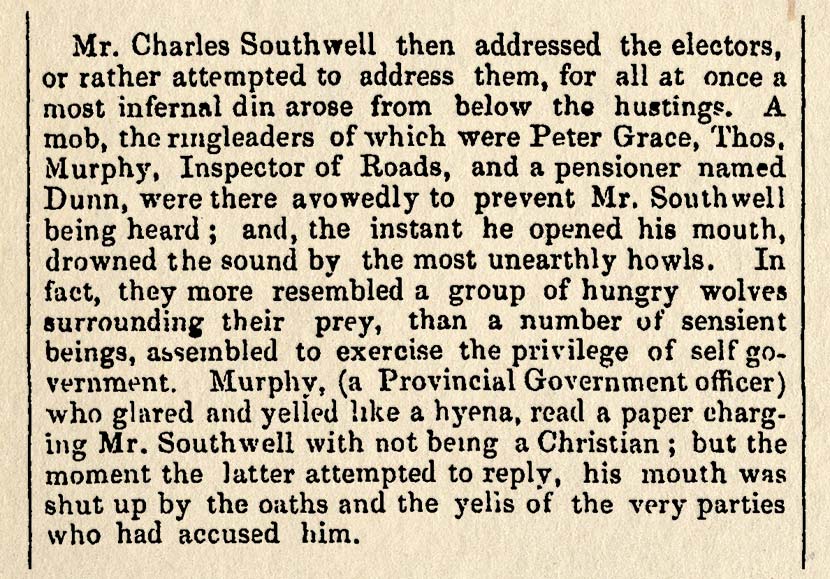 In 1856 the fiery atheist Charles Southwell arrived in Auckland. The following year he stood for the Auckland Provincial Council. As this account from the Daily Southern Cross suggests, Southwell's reputation had preceded him and he was not well-received. Southwell established his own newspaper, the Auckland Examiner, but died in 1860. Atheism and anti-clericalism of Southwell's variety had a small but visible presence in 19th-century New Zealand.