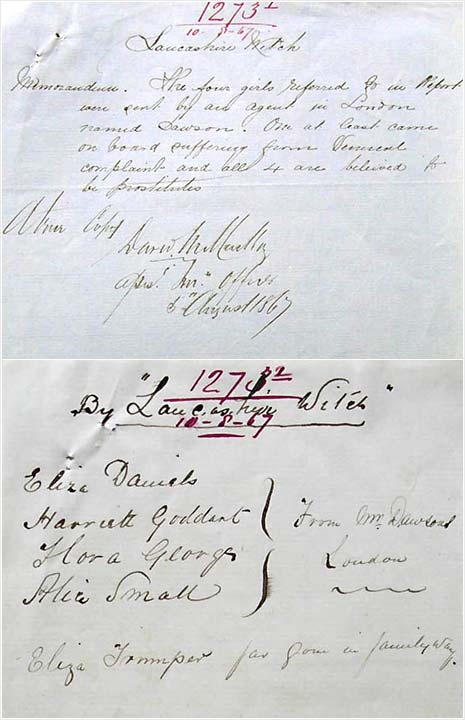 Prostitutes were among the many young women who sailed to New Zealand after 1840. In August 1867 the medical officer of the Lancaster Witch listed four young women as 'believed to be prostitutes' and noted that one of them had venereal disease. The passages of Eliza Daniels, Flora George, Harriet Goddart and Alice Small had all been organised by the same agent. These women may have engaged in sex work in the new colony, or they may have found work as domestic servants, or married some of the single men who greatly outnumbered women immigrants.

Permission of Archives New Zealand Te Rua Mahara o te Kāwanatanga (Christchurch Regional Office) must be obtained before any re-use of this material.