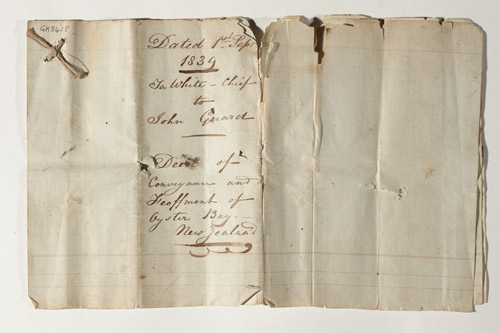 This deed is for one of a number of land purchases whaler Jacky Guard made from Māori in the Marlborough Sounds. It probably covered land at Kākāpō Bay in Port Underwood, where Guard’s whaling operation was based at the time. There were many such purchases in anticipation of private land transactions being embargoed once New Zealand became a British colony – which happened the following year. Guard’s title was not recognised by the land commissioners appointed to investigate pre-1840 land transactions.