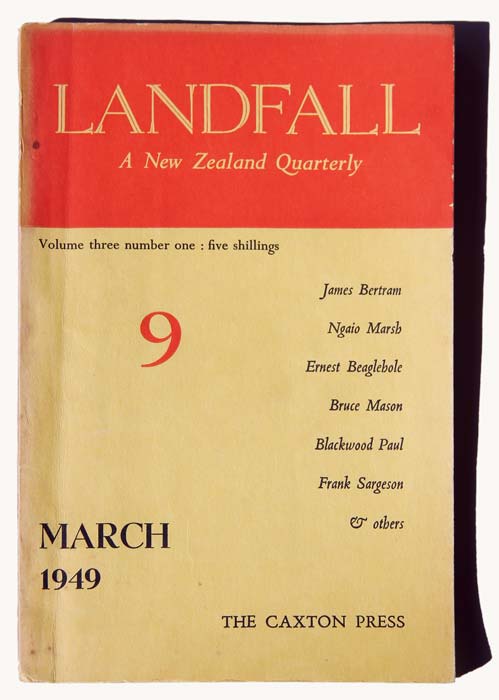 The cover of the ninth issue of Landfall illustrates the range of contributors which Charles Brasch attracted to his literary magazine. They include James Bertram, a literary critic and academic; Ngaio Marsh, a crime writer and director of plays; Ernest Beaglehole, an anthropologist; Bruce Mason, a playwright; Blackwood Paul, a publisher and bookseller; and Frank Sargeson, a short-story writer. Landfall, which began in 1947, was published by the Caxton Press and rapidly became the leading New Zealand literary journal and an important forum for serious social and political commentary.