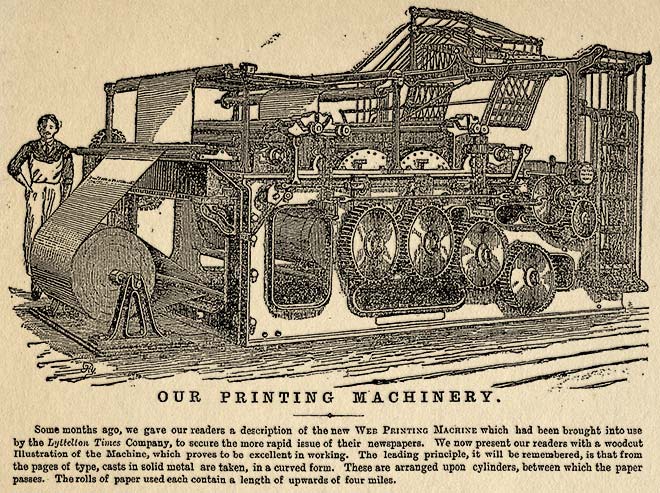 This illustration appeared in the Star in August 1887. It shows the newspaper's new Victory web-fed printing press, which could print up to 20,000 copies of a four-page newspaper per hour. Unlike earlier printing presses, which printed on single sheets of paper, the steam-powered Victory used a large roll of paper (visible at left). It could print on both sides at once, then cut, fold, stack and count each copy. This and other technical advances enabled newspaper production to keep pace with the information demands of New Zealand's increasing population.