Debating the influence of light 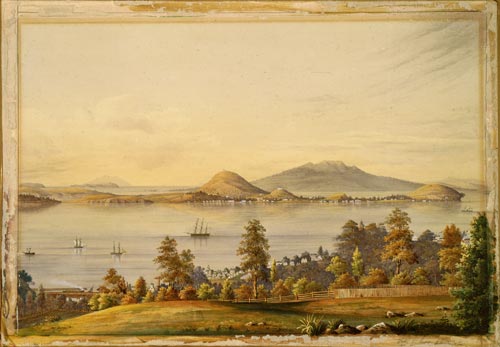 The 19th-century artist Alfred Sharpe noted that there was much greater visibility in New Zealand than in England. In this 1877 watercolour of Devonport and the Waitematā Harbour he portrays a clear, distant view. Nearly 100 years later the Auckland art critic Francis Pound was the first to attack the idea that light was the single most important influence on New Zealand painting. He argued that hard-edged painting was actually more affected by stylistic convention than by meteorological realities. One of his examples was Alfred Sharpe. Pound claimed that Sharpe’s emphasis on making distant scenes visible followed from John Ruskin’s theories of art, rather than from the effect of New Zealand’s light.