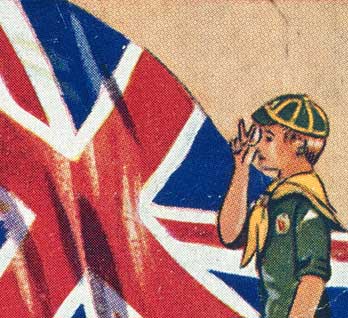 Rugby, fish and chips, democracy – these are some features of New Zealand culture attributed to the English. They were the largest group of settlers, and most New Zealanders have English blood in their veins. New Zealand life has been hugely affected by the institutions and values which successive waves of English immigrants have brought to the other side of the globe.

From 1840 to the 1970s the English made up more than 40% of the foreign-born people in New Zealand. They were well represented among the first to come, and they played a major part in setting up the new society. Many street and place names recall English locations.

Large numbers of English people joined the 1860s gold rushes and the assisted immigration schemes of the 1870s. They often came from particular regions, such as the mining areas of Cornwall, the agricultural districts of Kent, and from London, which sent considerable numbers of female domestic servants.

From 1900 to 2000 a higher proportion of English people came from industrial northern areas. They arrived especially before the First World War, in the 1920s, and then in large numbers during the 30 years after the Second World War. Many were brought out with the assistance of the New Zealand government.

Although Canterbury was a favourite location in the 19th century, Auckland became very popular in the second half of the 20th century.

Because the English were the first and largest group, after Māori, to come to New Zealand, they did not need to protect their culture with special organisations like most other immigrant communities. Instead, they shaped some of the main institutions of New Zealand. The English were important in the exploration and scientific discovery of the country. They led in the fight for New Zealand to be self-governing. Their religion, especially the Anglican and Methodist Churches, became strong. And they were largely responsible for introducing major sports such as racing, rugby, cricket, football and tennis. From Yorkshire pudding to fish and chips, the diet of New Zealanders showed English origins, and many social manners and rituals, such as weddings, owe their character to the English.