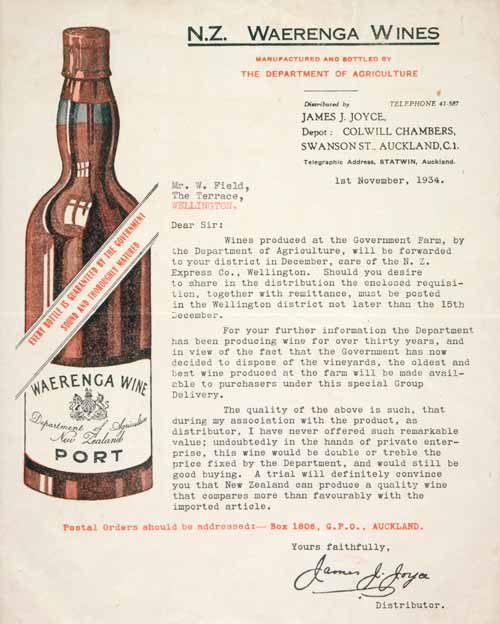 The government’s viticultural research station at Te Kauwhata produced its own wines and marketed them under the name of its vineyard, Waerenga. During the depression the government tried to sell its vineyards and its store of wine – this 1934 letter offers the ‘oldest and best wine produced at the farm’ for sale. There were no bidders for the vineyards, and they continued to operate as a research station until the early 1980s.

Selling wine by the no-licence boundary