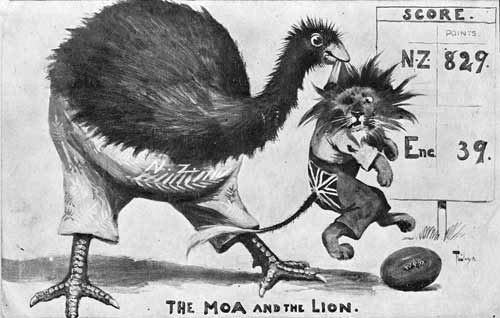 The sense of New Zealanders as physically superior men was reinforced by the success of the All Blacks rugby tour of Britain in 1905–6. As this popular postcard shows, the All Blacks were hugely successful in England (although less so in Wales, where they lost the test), and observers began to suggest that this proved British people were made better in the colonies. This 1905 postcard was drawn by Trevor Lloyd.

The kiwi and the lion