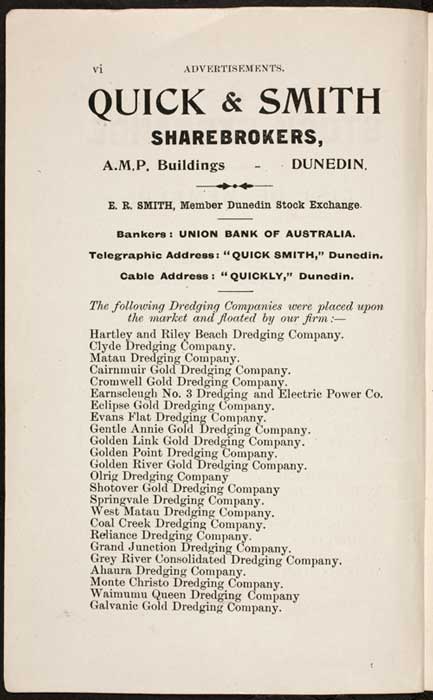 In March 1900 the Otago Daily Times and Witness Company published The mining investor’s guide to the gold dredging companies of Otago and Southland and the West Coast of the Middle Island of New Zealand, designed to exploit the dredging boom. The publication included this advertisement for Quick & Smith, sharebrokers. However, after the collapse of the dredging shares, the Dunedin Stock Exchange banned such advertising by brokers on the grounds that it might mislead the public.