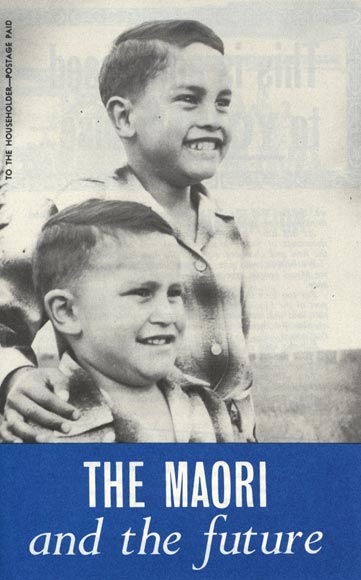 The National Party's message of small government and self-reliance has always resonated with small groups of Māori, particularly leaders who promote locally based solutions to Māori problems and issues. This is the cover of a 1960 National Party election pamphlet aimed at Māori voters. It features Tipene and Matia, the sons of Rangi Tutaki, who was the National candidate for the Southern Māori electorate in that year's election. However, he did not win the seat.