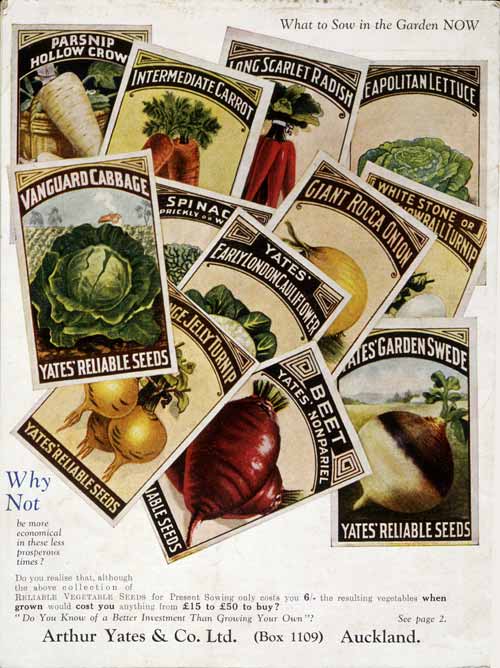 Most of the vegetables on the seed packets depicted in a Yates' catalogue in 1932 were widely grown in the 19th century – the cabbage, cauliflower, carrot, beetroot and onion for instance. Less common, but still grown in this early period, were lettuce and radish. All these vegetables remain staple New Zealand fare.