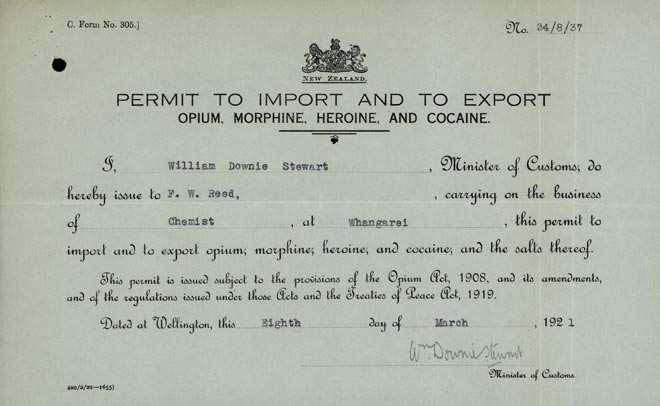 In 1919 New Zealand followed international convention by requiring a permit to import opium, morphine, heroin and cocaine. The permit was issued to pharmacists for use in medical remedies. This permit was issued in 1921 to a Whāngārei chemist. It is interesting that heroin was so little known at the time that the official form spelled the drug as if it were a female hero (heroine).