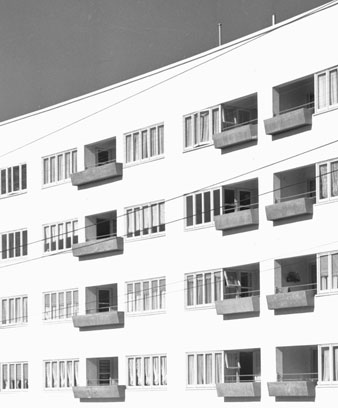 Once the scene of seedy lodging houses and commercial buildings, New Zealand’s inner cities have become cultural hotspots and home to the affluent and urbane.

Early inner-city living and its decline

Before public transport, many people lived in the inner city, close to where they worked.

When cheap public transport made travelling easy and affordable, middle-class people moved to the suburbs, which were seen as better places to raise children. Poorer people and ethnic communities such as the Chinese stayed in the city, often in run-down rented houses.

Some large inner-city houses were converted to boarding and lodging houses. Some were respectable, but others were crowded and depressing. Hostels also catered for new arrivals, especially young people from the country. Hostels went out of fashion in the 1960s, when young people started to go flatting in groups instead.

From the 1910s some blocks of flats were built in cities. In the 1930s the Labour government built flats to replace run-down houses in city slums.

After the Second World War many more people moved to the suburbs. Old houses in the inner city were replaced by commercial buildings. But some city apartments continued to be built, notably in Wellington.

In the 1980s and 1990s inner-city culture was revived. Shop trading hours, alcohol sales, pub opening hours and gambling laws were all freed up, encouraging more cafés, nightclubs and casinos. In Auckland and Wellington, office buildings were converted into apartments. People started to flow back from the suburbs into the cities. Reasons included:

While a few of the new apartment blocks were stylish, others were dull and ugly, with tiny apartments. City councils encouraged better design and imposed stricter controls on inner-city building.

In the early 2000s many inner-city residents were immigrants, but few were children. On average, city dwellers were older and had higher income and education levels than people in the suburbs. Most rented their apartments.

He kōrero nā Philip Morrison and Ben Schrader, i tāngia i te 11 Mar 2010