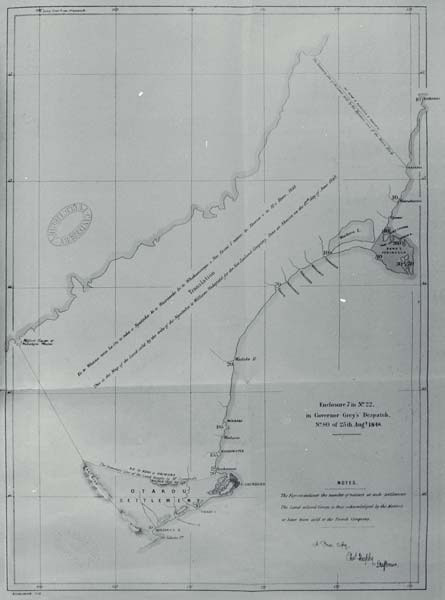 This map shows the boundaries of the large region, including Canterbury, purchased by the Crown from the Ngāi Tahu people in 1848. The Otago block and Banks Peninsula were separate purchases. Discussions began when Governor George Grey and Colonel William Wakefield of the New Zealand Company met Ngāi Tahu chiefs at Akaroa. Later, Henry Tacy Kemp was sent to negotiate the details of the purchase. Boundaries and reserves for Ngāi Tahu were agreed, but many of the reserves were later reduced or ignored, and the northern and western boundaries of the purchase were disputed.