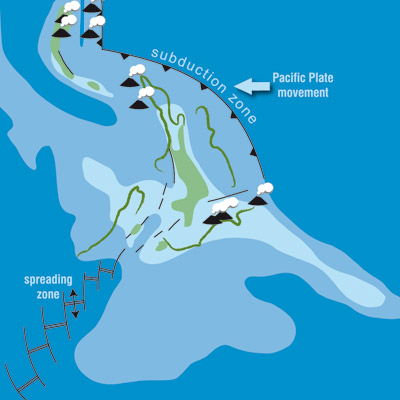 Around 25 million years ago when global sea levels were high, much of New Zealand was under water. While the exact extent of submergence is debated by scientists, it is likely that plants and animals became isolated from each other on the remaining small islands of the New Zealand land mass. Geographical isolation would have provided prime opportunities for evolution of different species.