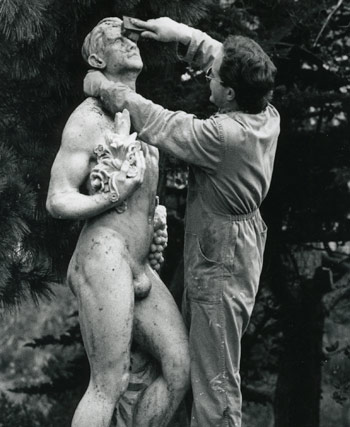 Important events and people have often been honoured and remembered in monuments and memorials. New Zealand’s massive loss of life in the First World War led to more than 500 war memorials around the country, expressing New Zealanders’ sorrow and pride. Second World War memorials were more likely to be halls, swimming pools or libraries. Politicians, explorers and royalty have also been honoured with statues.

Only three monuments were erected during or straight after the New Zealand wars of the 1860s. However, memorials became more popular in the early 20th century. Monuments were built at a number of battle sites. Almost all remembered those who died fighting for the Crown, not Māori who defended their land. From the 1970s Māori activists questioned this.

About 50 memorials were built to remember the 1899–1902 South African War. The Ranfurly War Veterans’ Home in Auckland was a national memorial.

Over 500 memorials were erected to those who died in the First World War. These were motivated by pride at New Zealand’s achievement, and sorrow at the many deaths. A carillon (a tower housing a set of bells) was built in Wellington as a national memorial.

In the first half of the 20th century many other memorials were erected, including to:

To mark New Zealand’s centennial (100 years since the signing of the Treaty of Waitangi in 1840) the government funded useful memorials such as parks, community halls and swimming pools. After the Second World War the government subsidised the construction of memorial halls and sports grounds, and a hall of memories was built as part of the national war memorial.

The army museum in Waiōuru opened in 1978 as a memorial to the dead in all wars. In 2004 the tomb of an unknown warrior was added to the national war memorial.

Other memorials included those to the victims of the 1953 Tangiwai rail crash and the 1979 Mt Erebus air crash.