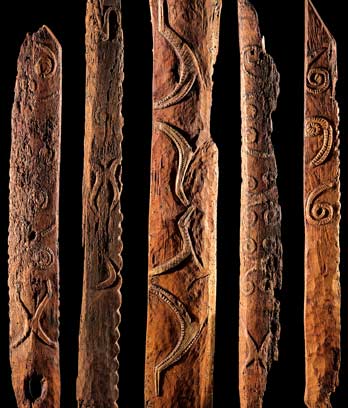 Hundreds of years ago, the Moriori of the Chatham Islands took a solemn vow of peace known as Nunuku’s Law. Their decision to uphold this sacred law in the face of Māori aggression in 1835 had tragic consequences. Moriori were slaughtered, enslaved, and dispossessed of their lands. Nevertheless, the Moriori people survived.

Map of the Chatham Islands

The Moriori lived on Rēkohu (Chatham Island) and Rangihaute (Pitt Island) – two islands in the Chatham Islands group, about 700 kilometres south-east of Wellington.

In Moriori tradition, their ancestors included people of the Wheteina and Rauru tribes of Hawaiki, who came to Rēkohu by canoe. They intermarried with people already living at Rēkohu. These people were the Hamata tribe, descended from the founding ancestor, Rongomaiwhenua.

Isolated from mainland New Zealand, Moriori developed a unique culture based on a law of peace. This was called Nunuku’s Law, after the ancestor Nunuku-whenua. After seeing bloody conflict between the Hamata people and later arrivals, he banned murder and the eating of human flesh forever.

After 1791, when the British ship Chatham called at Rēkohu, Moriori came into contact with Europeans and Māori who came as crew on sealing and whaling vessels. Some settled on the islands and lived alongside the Moriori. This relative peace was shattered in 1835 when Māori of the Ngāti Mutunga and Ngāti Tama tribes, both from Taranaki, arrived in the Chatham Islands in search of new territories and resources.

Ngāti Mutunga and Ngāti Tama immediately began killing and enslaving the Moriori people. Although Moriori outnumbered them almost two to one, they chose to obey Nunuku’s Law and did not fight back. Approximately 300 were killed, and the rest were enslaved. The tribe was in danger of being destroyed completely. Following several Moriori petitions, the New Zealand government finally stepped in after 28 years. However, a land court in 1870 decided to give most of the Chatham Islands to Ngāti Tama and Ngāti Mutunga, despite the fact that most Māori had by this time returned to their homes in Taranaki.

It was once thought that Moriori were a Melanesian people. Many believed that Tommy Solomon, who died in 1933, was the last Moriori simply because he was the last known Moriori of full blood. In the 1980s it began to be accepted that Moriori shared the same Polynesian ancestry as Māori, and had living descendants. In the 1990s, Moriori began to rebuild their culture and identity. As a result of their claim to the Waitangi Tribunal, the Moriori were recognised as the indigenous people of the Chatham Islands.

Chatham Island Moriori are active in conservation, commercial fisheries, tourism and other ventures. The Moriori language is gradually being revived. In January 2005 Moriori celebrated the opening of their marae and cultural centre, Te Kopinga (meaning ‘kopi grove’). In the 2006 census, 945 people said they were of Moriori descent.