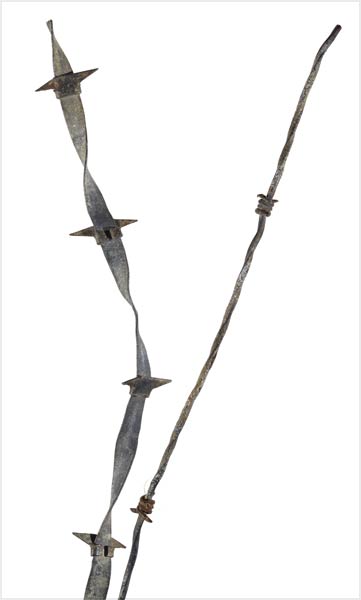 Numerous patents were taken out for different patterns of barbed wire in the 19th century. These are just two examples. The wire on the left, shaped like a ribbon with barbs attached, was unusual. It would have had little tensile strength and would have been difficult to strain. The other type is a more traditional pattern. However, the barbs are quite widely spaced and their points are quite short – it would have not been much of a deterrent to stock.