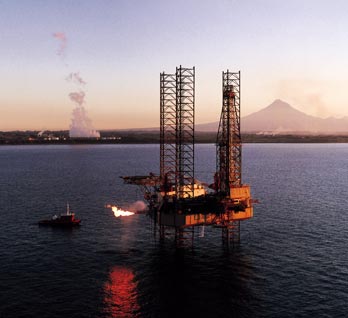 Until its closure in 2022, Marsden Point near Whangārei was the only oil refinery in New Zealand. It processed imported crude oil, which supplied most of the country’s petroleum. It also refined a little of the oil found in New Zealand. Most New Zealand oil goes to Australia in an unprocessed state.