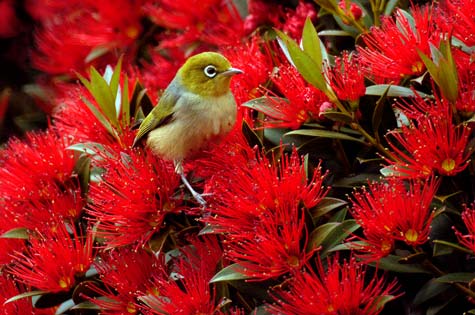 The silvereye (Zosterops lateralis) is a recent arrival. As it got to New Zealand under its own steam, it is considered to be a native species. It was first noted in 1832 in Milford Sound. Stragglers must have been blown across from Australia and by the end of the 1850s they had spread widely. Today it is one of the most common native birds and has even colonised the cooler climes of the subantarctic Auckland and Campbell islands.