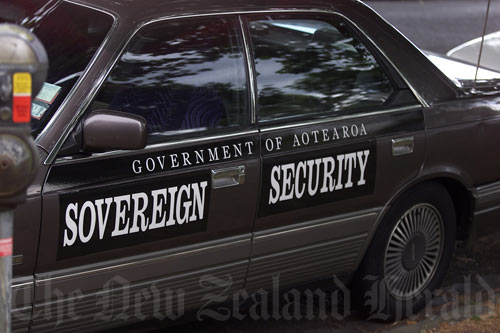 In 2000 and 2001 a group calling itself the Māori Government of Aotearoa created a stir by selling citizenship documents and driver’s licences to often unsuspecting recent arrivals in New Zealand. Though the legality of their actions was refuted, they based their right to issue the documents on Māori claims to self-government. The car of their minister of immigration, Dan Davis, is pictured.