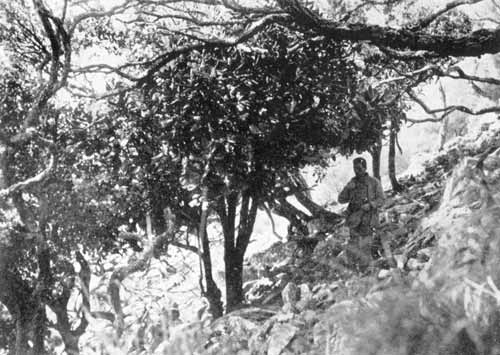 In 1945 young botanist Geoff Baylis went on an expedition to the Three Kings Islands, off the top of the North Island. On a steep rock slide on Great Island he found this odd tree. At first he thought it was a karaka, but there were no fruit. It proved to be the only known example of a new species, and was named Pennantia baylisiana. From this female tree he took a shoot, which grew in his Dunedin garden. By 1997 it was 7 metres tall. Cuttings were later taken from the original tree, and seeds were propagated from one of the resulting plants. The plants can now be bought for domestic gardens. On that same trip Geoff Baylis also discovered two other new plant species.