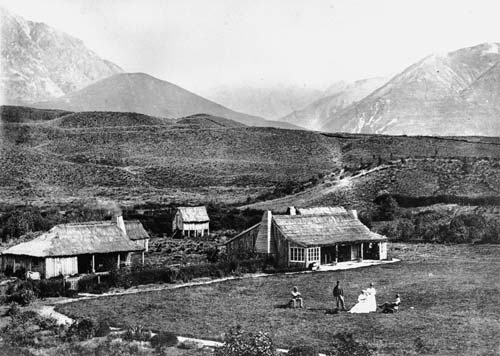 Mesopotamia Station, shown here in 1871, became famous the following year as the initial setting of Samuel Butler’s novel Erewhon. Butler had owned the station between 1860 and 1863.