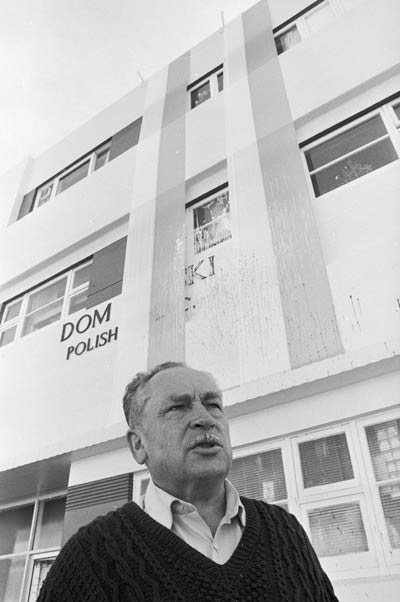 In 1948 the Polish Association was formed in Wellington. An important aim was to fight for Polish independence, so that Poles in New Zealand could return home. Members also kept the culture alive and performed charitable works. The association remained a feature of Wellington life for the rest of the 20th century. The group’s president in 1986 was Joe Mendruń, seen here outside their premises.