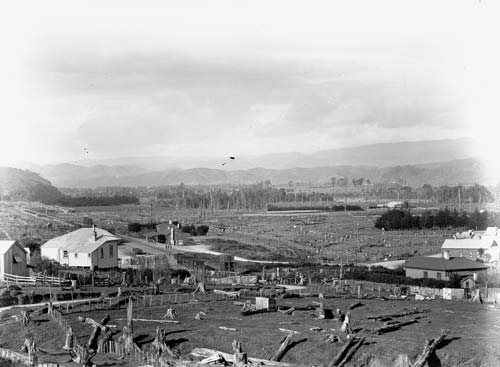 The settlement of Mangamutu, shown in 1906, developed alongside the railway – the station is the building at centre left. Tree trunks and stumps from forest that once covered the district lie rotting on the fields.

The town’s most famous son was the politician Keith Jacka Holyoake, who won the safe Pahīatua seat for the National Party in 1943, then in 1957 became prime minister. Two months later he lost the general election. He was prime minister from 1960 to 1972, then governor general from 1977 to 1980.