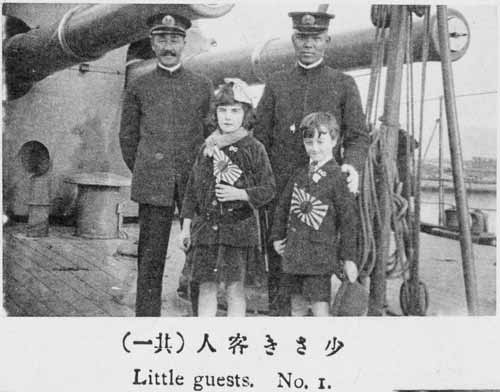 In the 19th and early 20th centuries, few New Zealanders had the chance to meet Japanese people. Then in 1882 Japanese naval ships began making goodwill visits, giving fireworks displays and opening their ships to the public. Thousands of curious locals turned out. Here, two Wellington children pose with members of the crew of the Iwate in 1916. The visits continued until the 1930s, but ceased with the outbreak of hostilities between Japan and New Zealand’s allies in the Second World War.

A garden on board