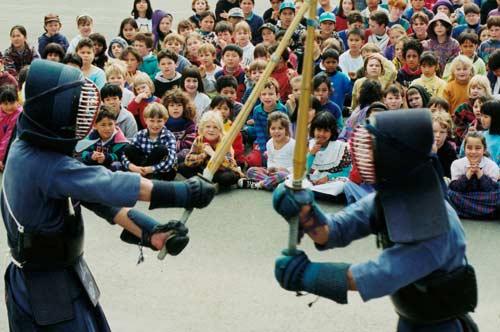 At least since the 1960s New Zealanders have shown an appreciation of things Japanese. There has been a long association between the two countries in the martial arts. Judo and karate are the most popular forms in New Zealand, but kendo and aikido also have a strong following. Here, students at Wellington’s Clyde Quay School watch a kendo demonstration in 1994.