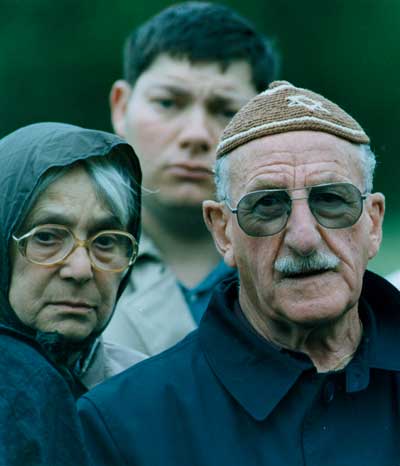 Many older New Zealand Jews lost family members in the Nazi Holocaust before and during the Second World War. In 1995 the Israeli embassy held a service in Wellington to mark the 50th anniversary of the liberation of the Auschwitz concentration camp, where more than one million Jews were murdered. The faces of Gretel Lewis and Gerry Gotlieb, two who attended the service, reflect painful memories, shared by many New Zealand Jews.