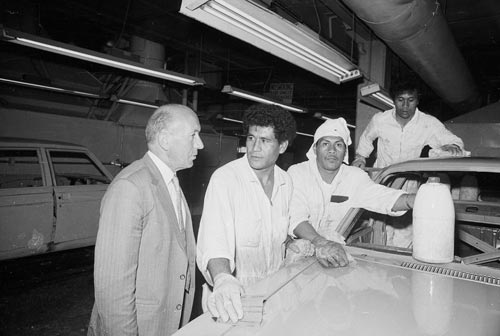 In the 1960s and 1970s Tongans came to New Zealand on temporary work permits. Many found jobs in factories where they became, as one manager in Auckland said, ‘a pretty vital factor’. This photo shows three Tongans working as spray painters in the Todd Motors factory in the Hutt Valley, Wellington. They were from a group of 89 brought to New Zealand for six months by the local chamber of commerce to help meet a labour shortage. The group was led by Samiu Taufa (second from left), who described himself as ‘a good Christian boy’, able to speak fluent English.