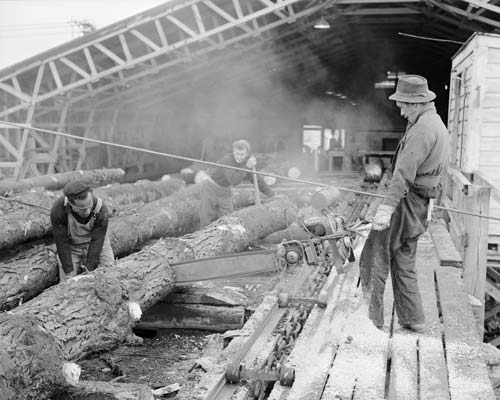 Two men use a large chainsaw to cut a pine log at Mangakino in 1949. Although this revolutionary mechanised saw was invented in the 1920s, it was not widely used in New Zealand until after the Second World War. It was followed by smaller models that could be operated by one man. Chainsaws made the back-breaking work of logging and milling much easier. They also speeded up the rate at which forests could be felled.