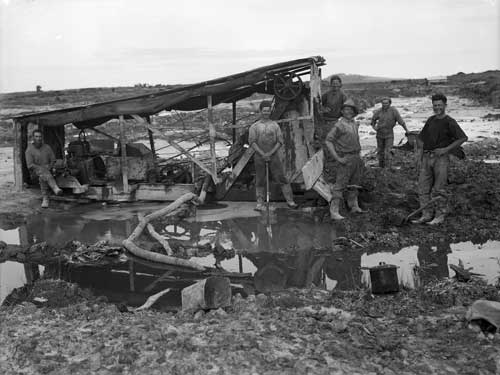 Hand washing of soil that contained gum gave way to machines in the early 1900s. These men are standing around an oil-driven tub washing plant. The tubs were enlarged versions of the hand-washing tubs called hurdy-gurdies. They had steel paddles instead of wooden ones and could handle much larger amounts of soil. Typically, teams of four to eight men operated the plants, which they dragged around the gumlands on skids.