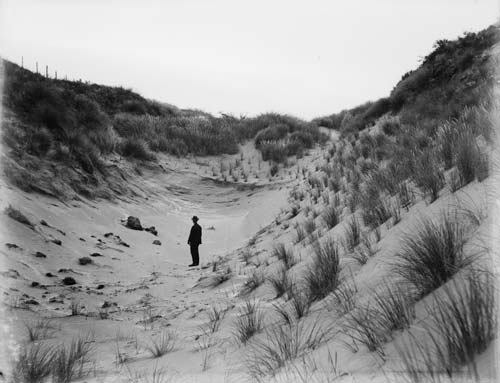 This image appeared in botanist Leonard Cockayne’s 1909 report on sand dunes for the New Zealand government. It shows what is called a blow-out. Wind funnelling through this gully has caused excessive sand movement, killing the marram grass that had been planted to stabilise the dunes. In situations such as this, Cockayne suggested building brushwood fences to shelter the grass and trap drifting sand.