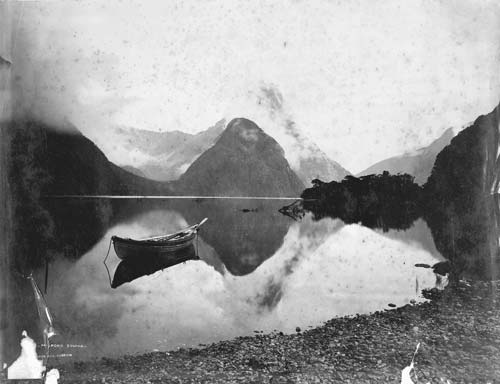 At the end of the 19th century, international tourists began visiting New Zealand. Some places became iconic tourist attractions – among them Mitre Peak in Milford Sound. This 1889 photograph of the scene was taken by Alfred Burton of the Dunedin firm Burton Brothers. Within a decade, tourists would be walking the Milford Track, and New Zealand’s southern lakes became known for their great natural beauty.