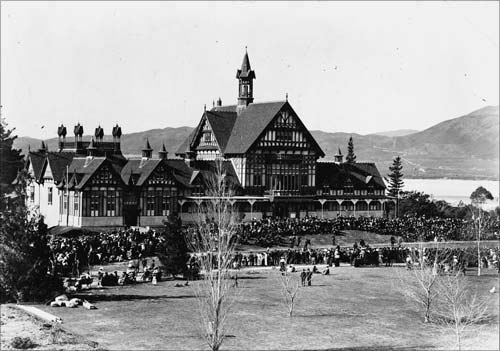 The Bath House building, designed to put Rotorua on the international spa map, was opened on 13 August 1908 by the Prime Minister, Joseph Ward. The opening, which included a significant Māori element, was timed to coincide with the visit of a US naval fleet to Auckland. Many of the sailors attended, along with locals.