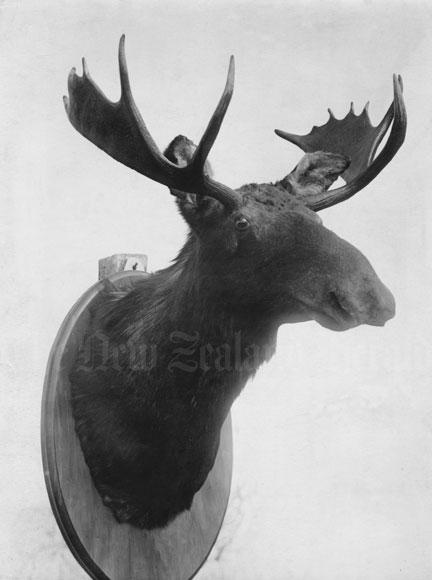 Hunter Ethne J. Herrick shot his second bull moose (pictured here) in 1934, at what is now known as Herrick Creek in Fiordland. He had shot the first bull moose in New Zealand in the Seaforth Valley, Fiordland, in 1929. Four males and six females had been liberated at Supper Cove, Dusky Sound, in 1910. Moose are thought to be extinct or close to extinction in New Zealand, although there is some evidence that they are still present. If they survive, it is in very low numbers.