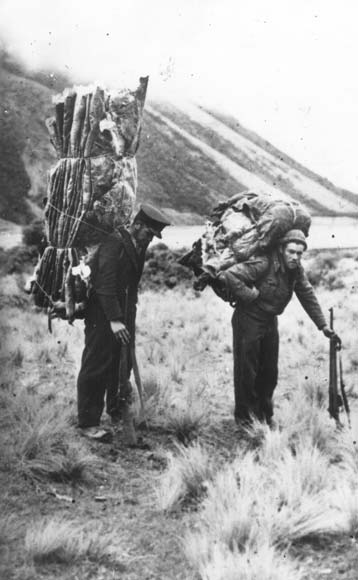 Two government deer cullers carry deerskins out to the road, in the South Island high country in the 1930s – probably at the head of the Rakaia River. At right is Joff Thomson, one of the first deer cullers to publish his memoirs in Deer hunter (1952). The bundles of around 26 dried skins were as much as a man could carry. Thomson eventually bought a Bren gun carrier, with caterpillar tracks, which could traverse the rough river flats loaded with skins.