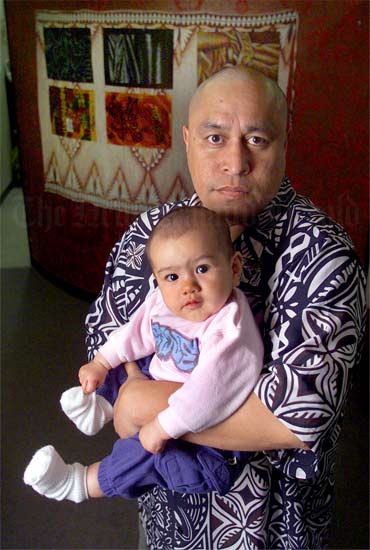 Many Samoans began to arrive in New Zealand in the 1960s on short-term visas. They came primarily to work in Auckland factories, but during the economic downturn from 1973, the tolerant approach towards overstayers ended and dawn raids on their homes began. The Reverend Mua Strickson-Pua, chaplain of the Tagata Pasifika Resource Centre, seen here with his granddaughter Jane, still remembers how he crept through Auckland’s back streets for fear of being seen by the police or taunted by bystanders.

I'm samoan and i am very

I'm samoan and i am very proud to be one. Thanks to all the supporters that supported last years tsunami i did myself