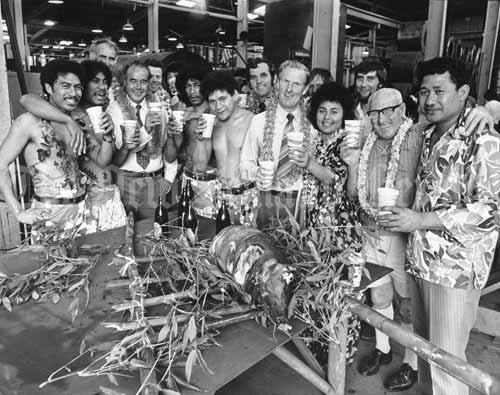 In the 1970s Samoans worked successfully in Auckland factories and were well regarded by their bosses, as this picture suggests. However they were badly hit by the downturn in industrial production which followed the freeing up of tariffs in the late 1980s. Their levels of unemployment were higher and their incomes lower than those for New Zealanders generally.