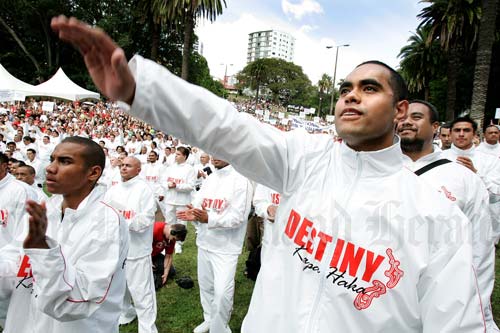 Members of evangelical churches march through Auckland in 2005 in support of ‘family values’. They were protesting against a bill before Parliament sanctioning homosexual civil unions. They believed marriage could only happen between heterosexuals, and that the measure would undermine the traditional nuclear family of husband, wife and children. Their protest failed to stop the passing of the bill.