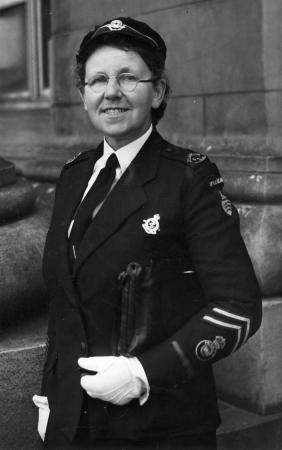 Brenda Bell was best known as New Zealand's first female amateur radio operator, but she was also involved in many voluntary organisations and contributed to the war effort in both world wars. Here she is seen in Voluntary Aid Detachment uniform, in October 1945.