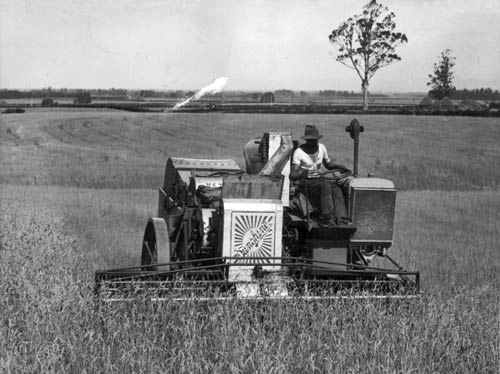 In the late 1920s the first Sunshine header harvesters were imported from Australia, followed by American machines. Header harvesters cut and threshed wheat and bagged the grain. They were the death knell for threshing machines, which had been used in New Zealand for more than 80 years, but declined in use in the mid-1940s. By 1966 there were some 3,000 header harvesters working in the South Island.