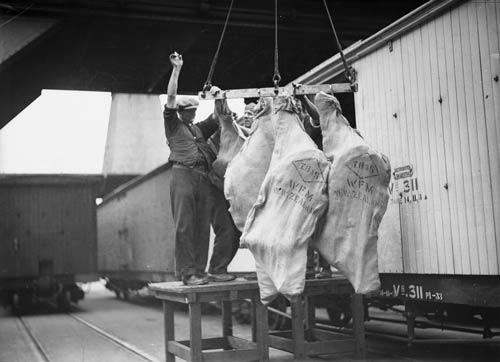 The first shipment of chilled beef bound from New Zealand to England is loaded, in 1933. The experiment was not a great success, because chilled meat deteriorated faster than frozen meat. The trade depended on a well-organised system for handling and selling the product, which proved an ongoing problem. Today most of New Zealand’s chilled beef is shipped to Japan and Korea, where it fetches a much higher return per kilo than the frozen beef sent to the US to be made into hamburgers.