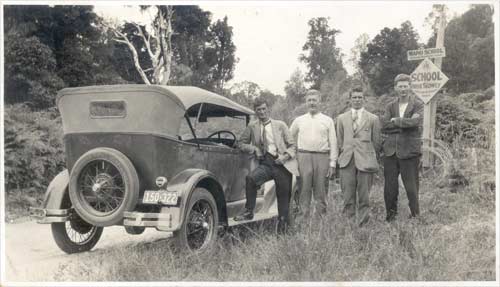 Some of New Zealand’s pioneering soil scientists pose for this 1929 photograph. Soil surveying was undertaken in the 1920s, but it was not until 1933 that the Department of Scientific and Industrial Research set up a Soil Survey division. Leslie Grange, leaning on the car, was the division’s first director, and held the post until 1952. Norman Taylor, far right, succeeded Grange and was director from 1952 to 1963.