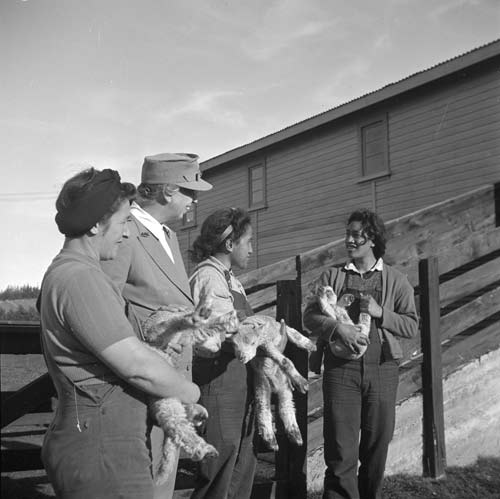 Three land girls hold lambs while Eleanor Roosevelt looks on, in Rotorua in 1943. Land girls managed farms and did farm work while men were away fighting in the Second World War. They were supplied with a uniform – including the overalls that all three wear.

Biddy of the Buller